The new year is bringing new wildlife to my garden!  I'm excited to share my new visitors with you as part of Tina's Wildlife Wednesday over at My Gardener Says.

While I was out of town over the holidays, my husband remained at home in Texas and noticed some commotion in the yard one day.  After looking out the window, he noticed a hawk was swooping down into our bushes, looking to catch a tasty meal of the poultry type.  He quickly grabbed his phone and snapped a couple of quick pics for me (sorry for the poor quality), but props to him, knowing this was a sight I'd want to see. 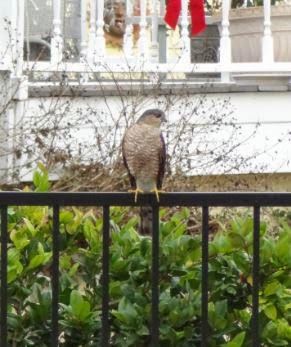 The hawk was a bit small in size compared to other hawks I've seen.  And with his (her?) coloring, my best guess is that this is a sharp-shinned hawk.  Another possibility might be Cooper's hawk.  If I have any bird experts reading this post, I'd appreciate a confirmation or correction.  This type of hawk fancies smaller birds for meals, which made sense, since the hubby said the visitor was chasing some of the birds in the yard.

Just a week ago, I noticed a pile of feathers just a few feet away from the evergreen bush captured in the picture below.  I assume our new visitor had captured a tasty treat.  From what I could tell, the hawk appeared to have gotten a white-winged dove for its meal, which is fine by me, since there are a few too many white-winged doves hanging around my yard.

This guys was definitely my favorite visitor over the past month. 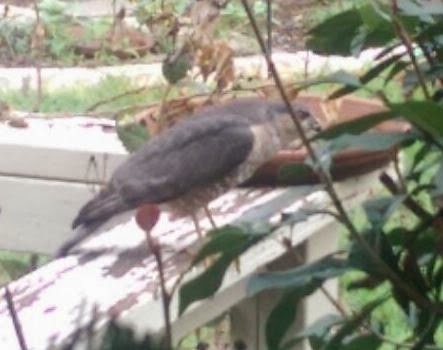 This past weekend, I noticed another hawk circling overhead.  I think it might be a different hawk, since the undercarriage looks much more red/rusty brown instead of which with rusty splotches. 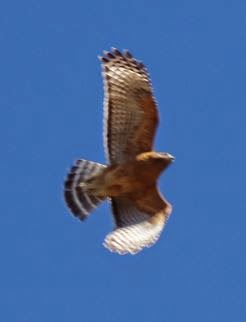 Another new visitor to the garden this month were European Starlings.  They are considered an invasive species, competing with native birds and destroying crops. 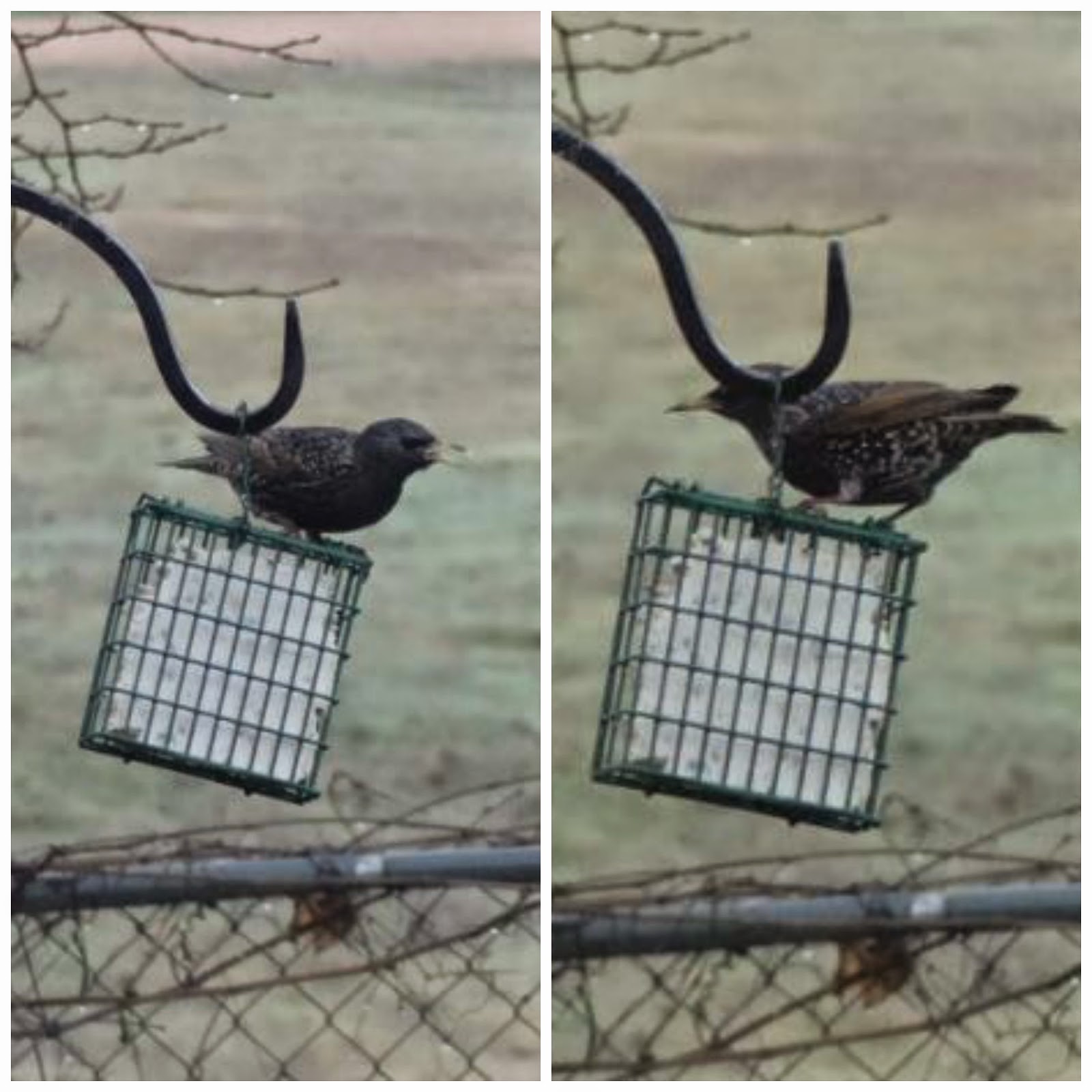 Given the colder months and scarcer food sources, I've noticed some visitors to the garden that I tend to see much more frequently during the winter time, including... 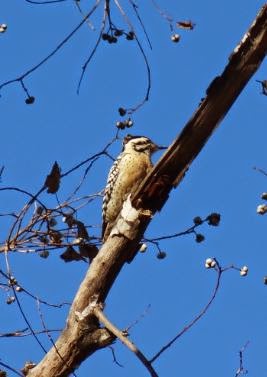 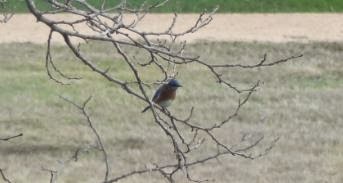 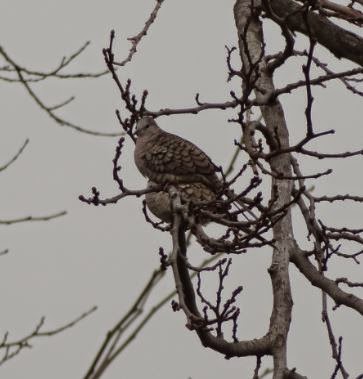 ...and the tufted titmouse. 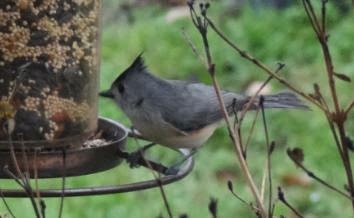 I also had a large army of Eastern Black Swallowtail caterpillars in my dill and parsley over the past month (and yes, a group of caterpillars is called an army).  I started with at least 20 cats and last I checked over the weekend, there were still at least 10 out there in their last instar.  I'm not sure if they will survive the freezing temperatures headed our way this week.  I've certainly been impressed with the nearly- freezing temps they have already survived, so maybe there is still hope for them to make it through the looming cold front. 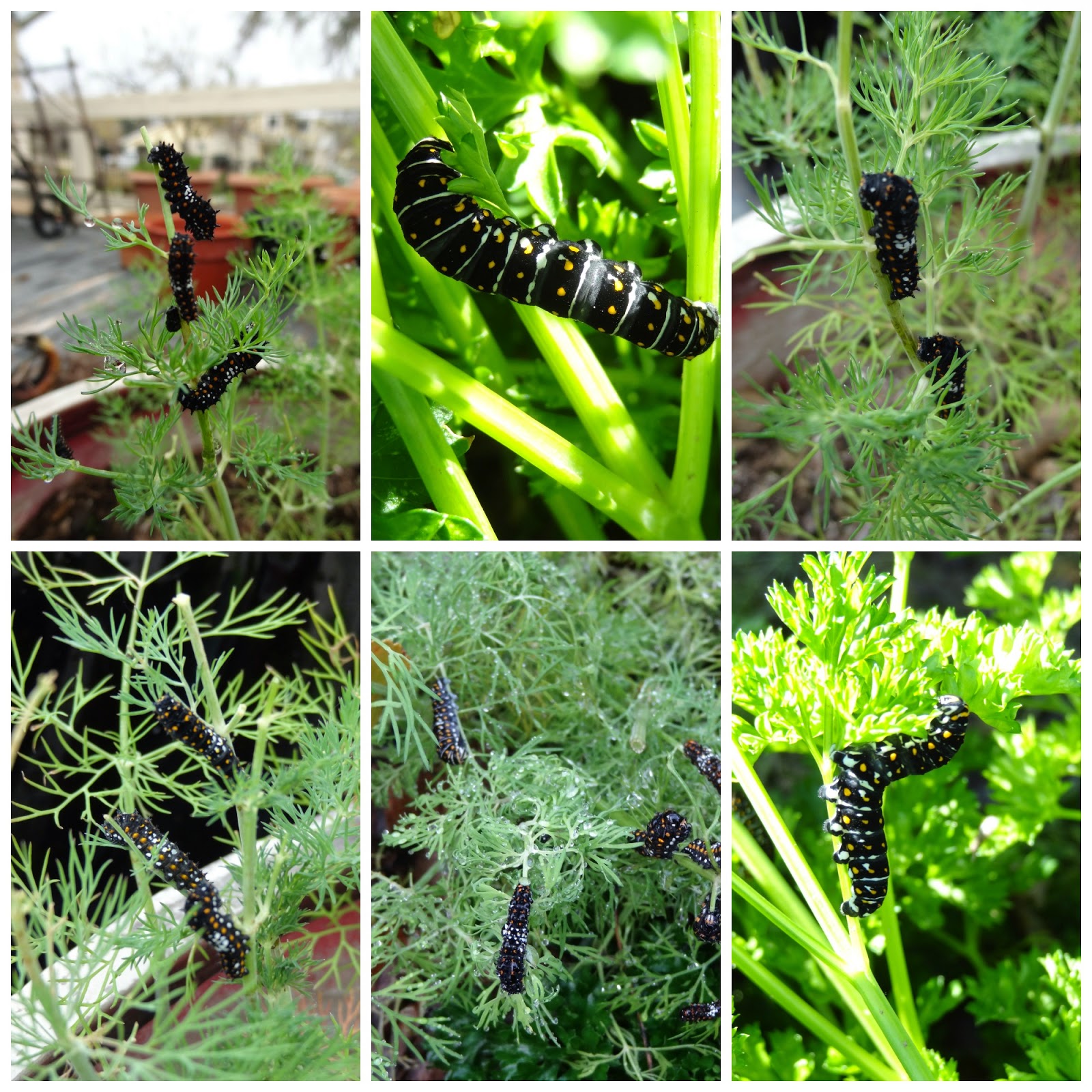 That brings us to the visitors that I can see out in the yard almost every day... 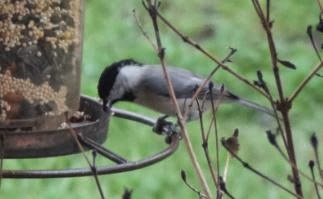 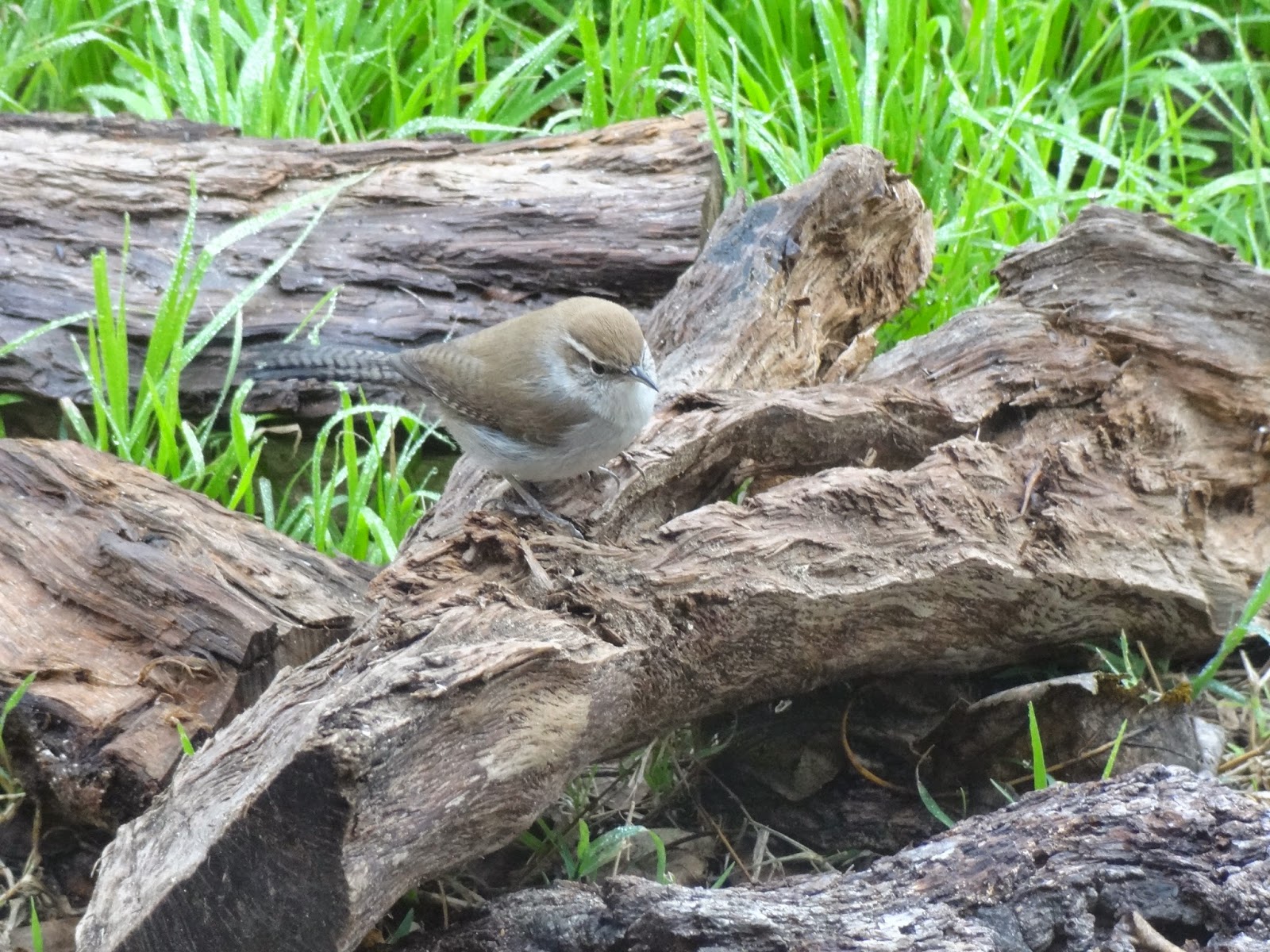 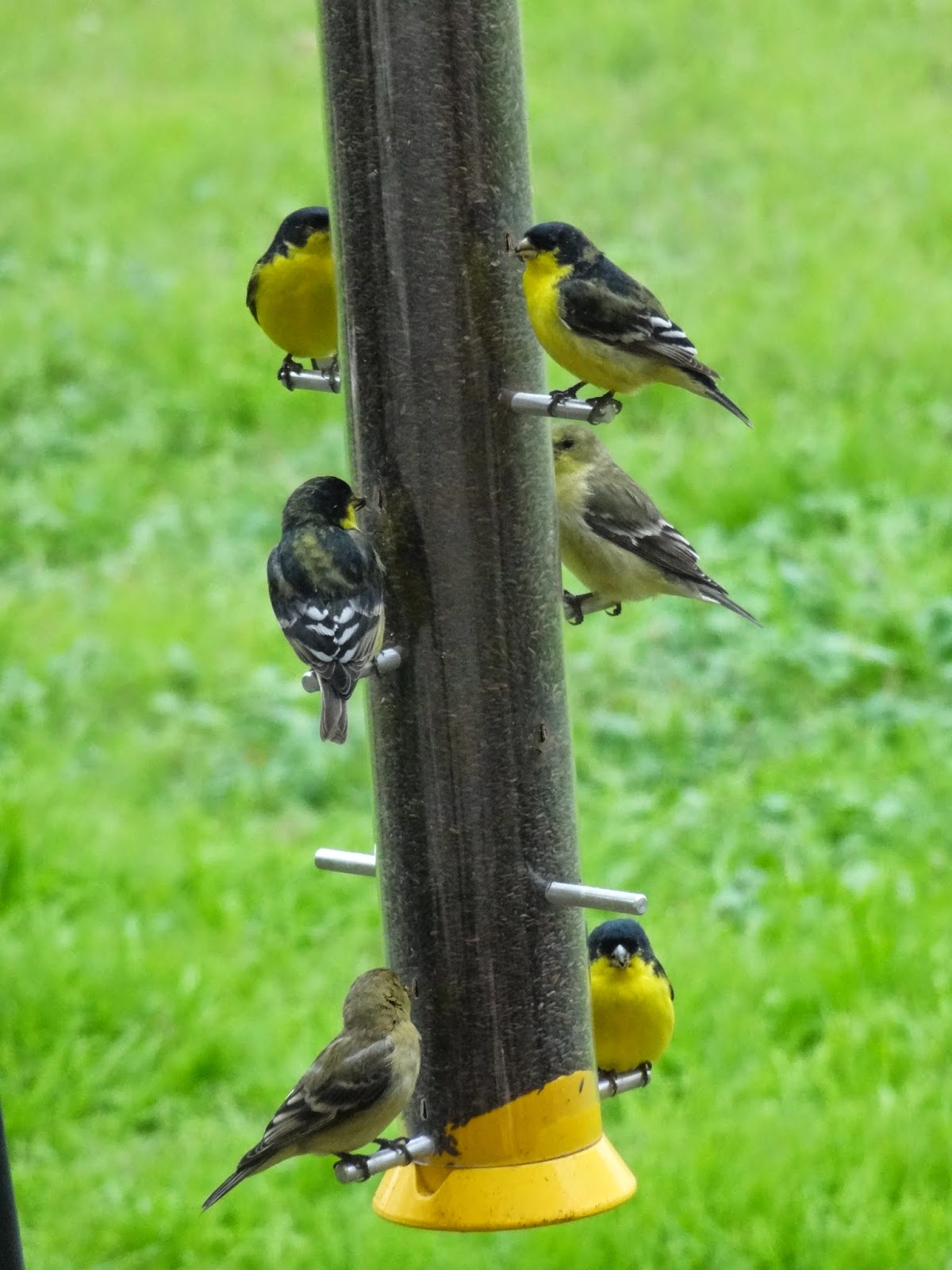 ...and of course, the sparrows.  After a decent rain last week, the sparrows were really enjoying their time splashing around in all the impromptu bird baths. 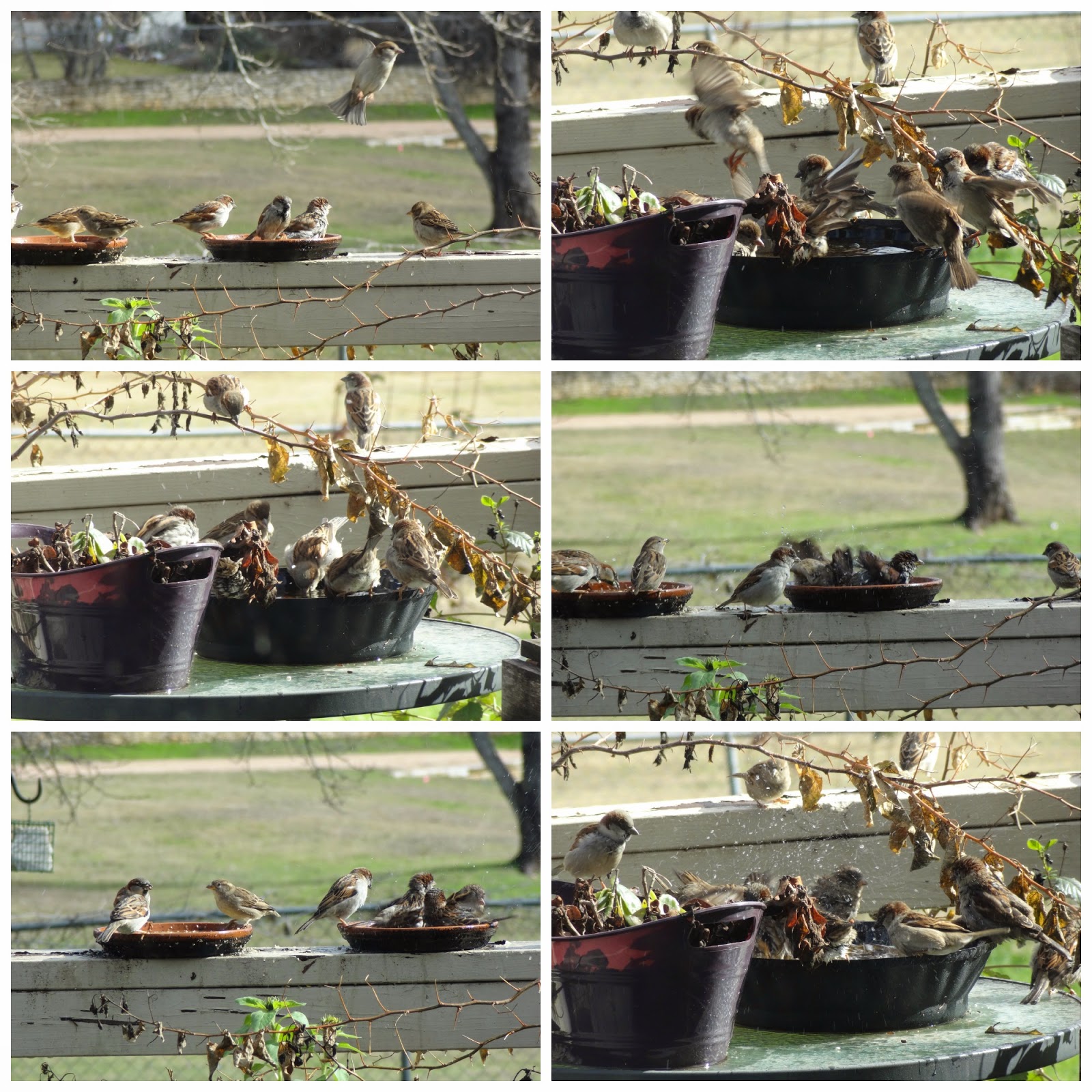 Overall, here is a count of all the birds I noticed in the garden over the last month:


Be sure to check out the wildlife other gardeners have found in their beds and yards at My Gardener Says!