I'm a few days late, but wanted to make sure I got my August Wildlife post in.  Tina over at My Gardener Says... hosts Wildlife Wednesday on the first Wednesday of every month, and I've been collecting pictures over the past month of all the wildlife in my Central Texas garden (and from my travels) that I want to share with you. 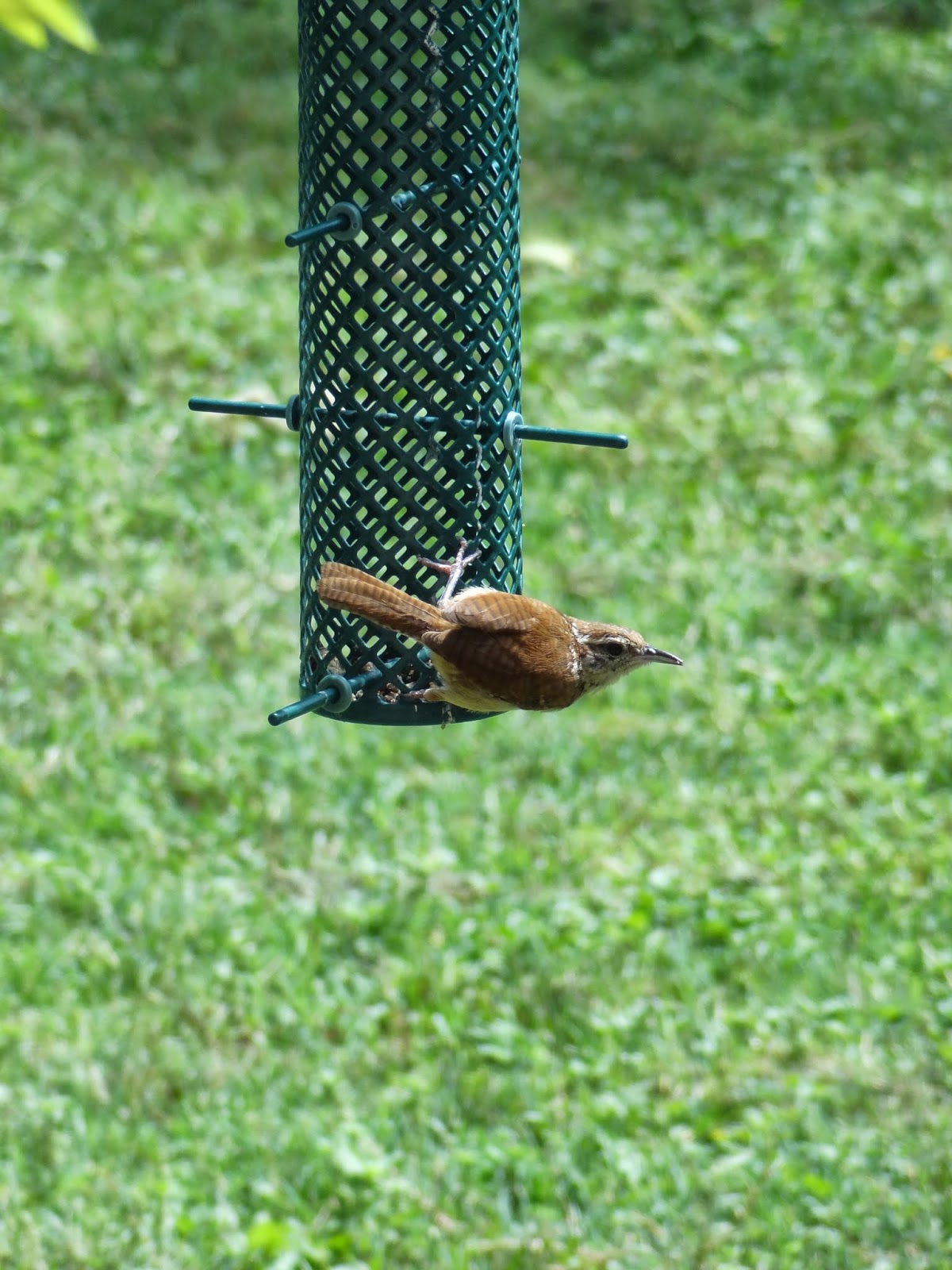 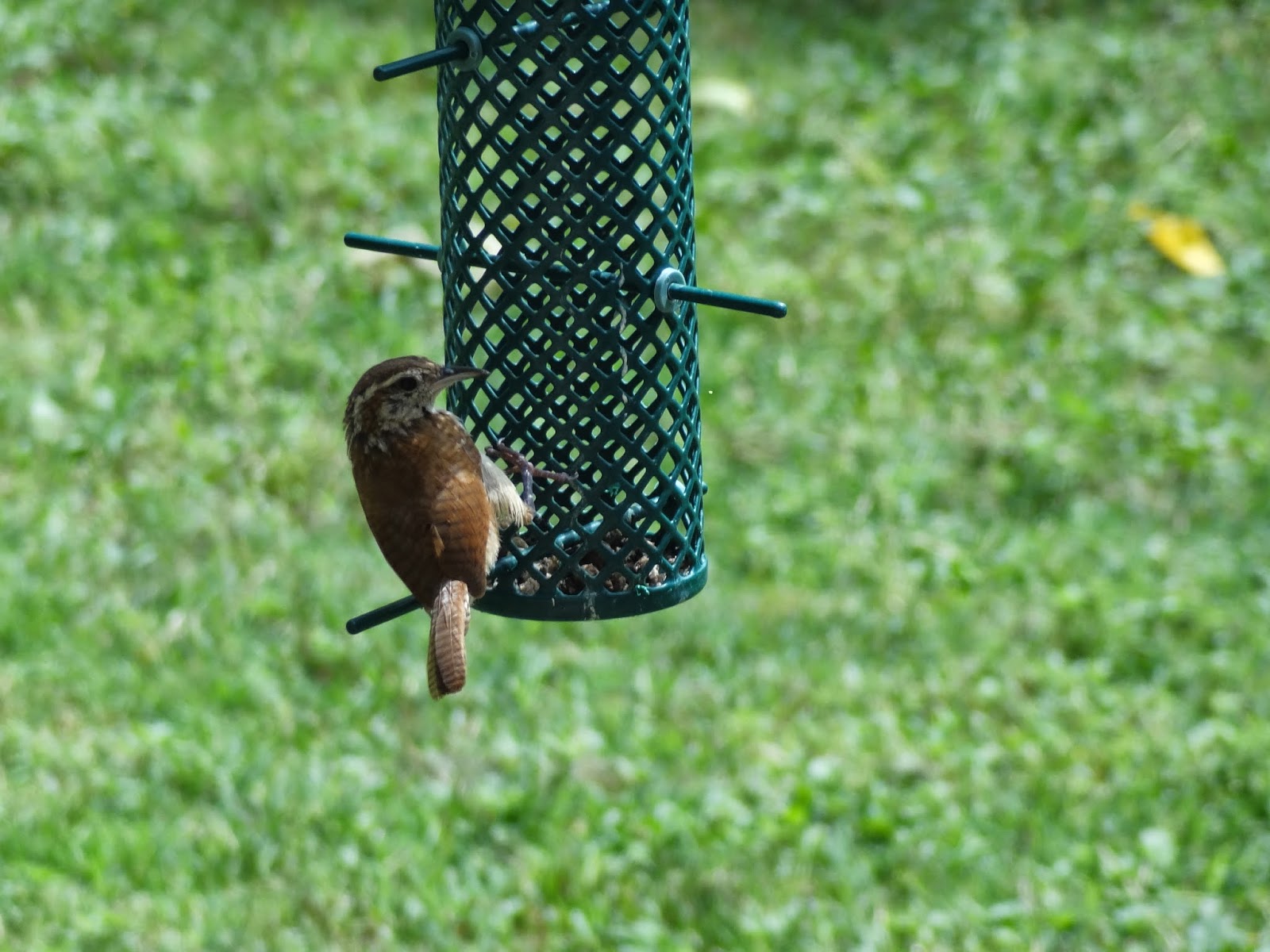 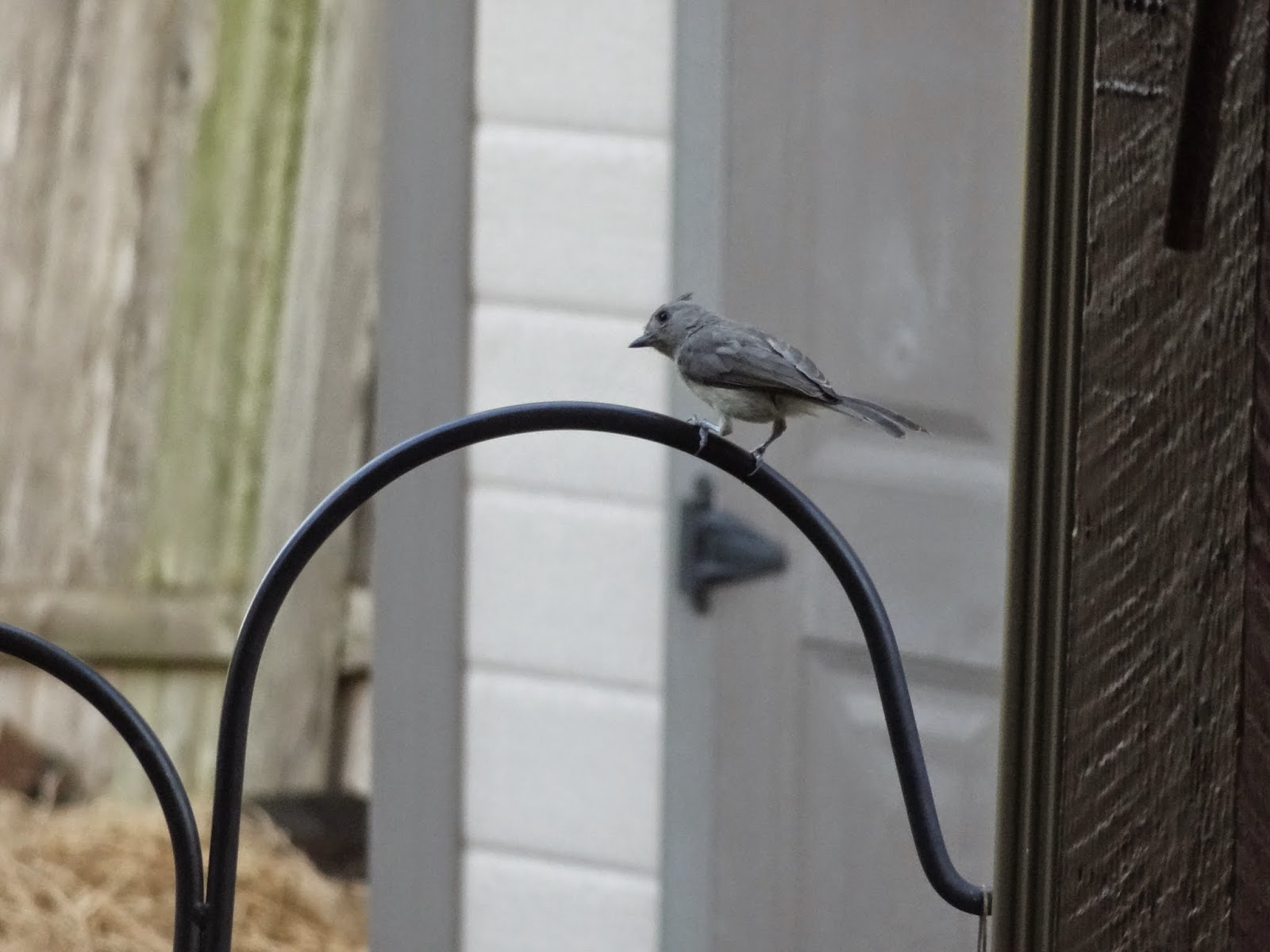 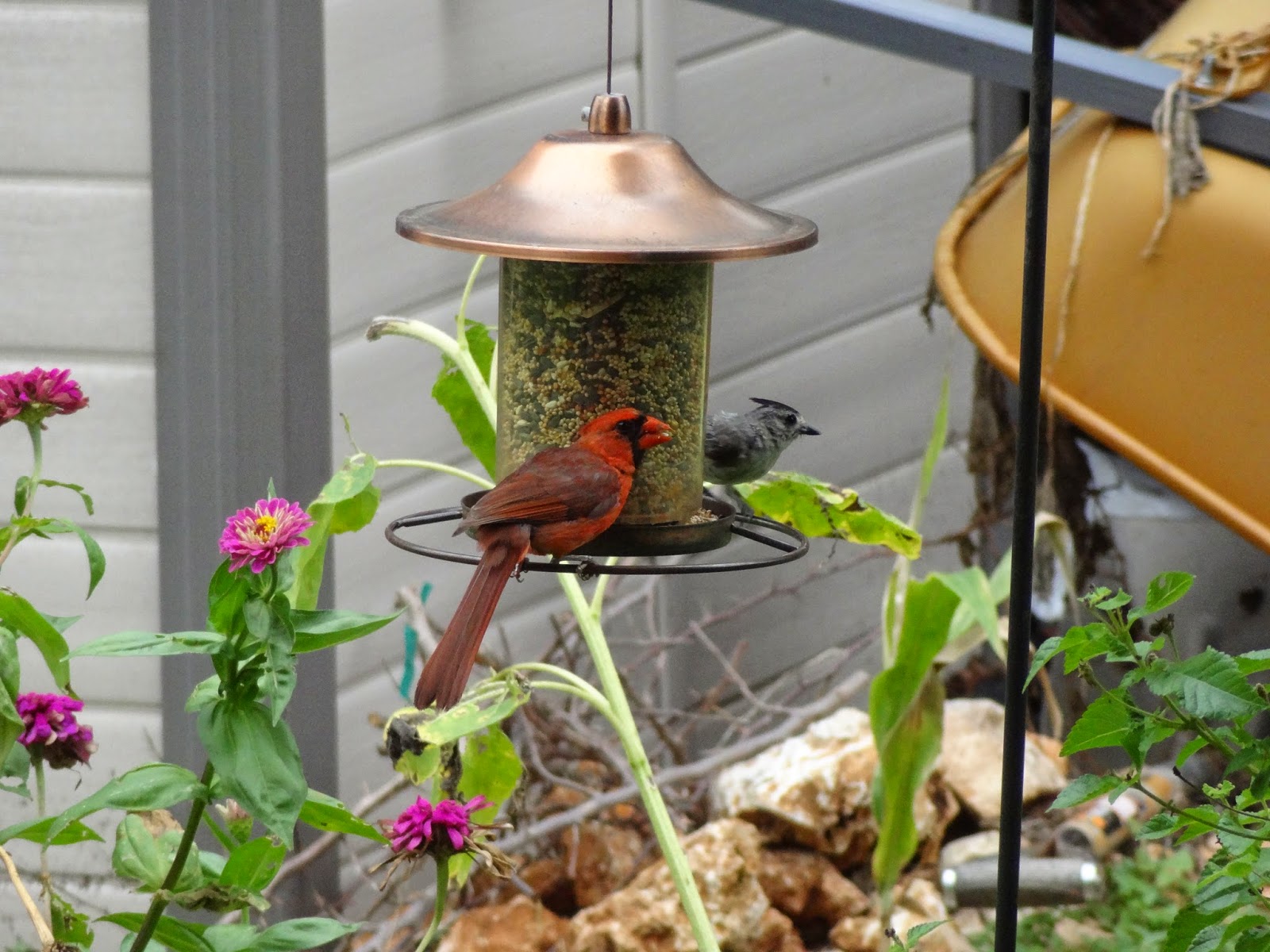 Normally I say the deer down here in Texas are pretty puny.  I grew up with monstrous bucks in the northern woods of Wisconsin that would completely total your car if you hit them.  So, I was pretty impressed with the size of a buck I saw out the back about a week ago - he was much larger than most of the guys I see around here.  I wonder if the extra rain this season has contributed to their larger size. 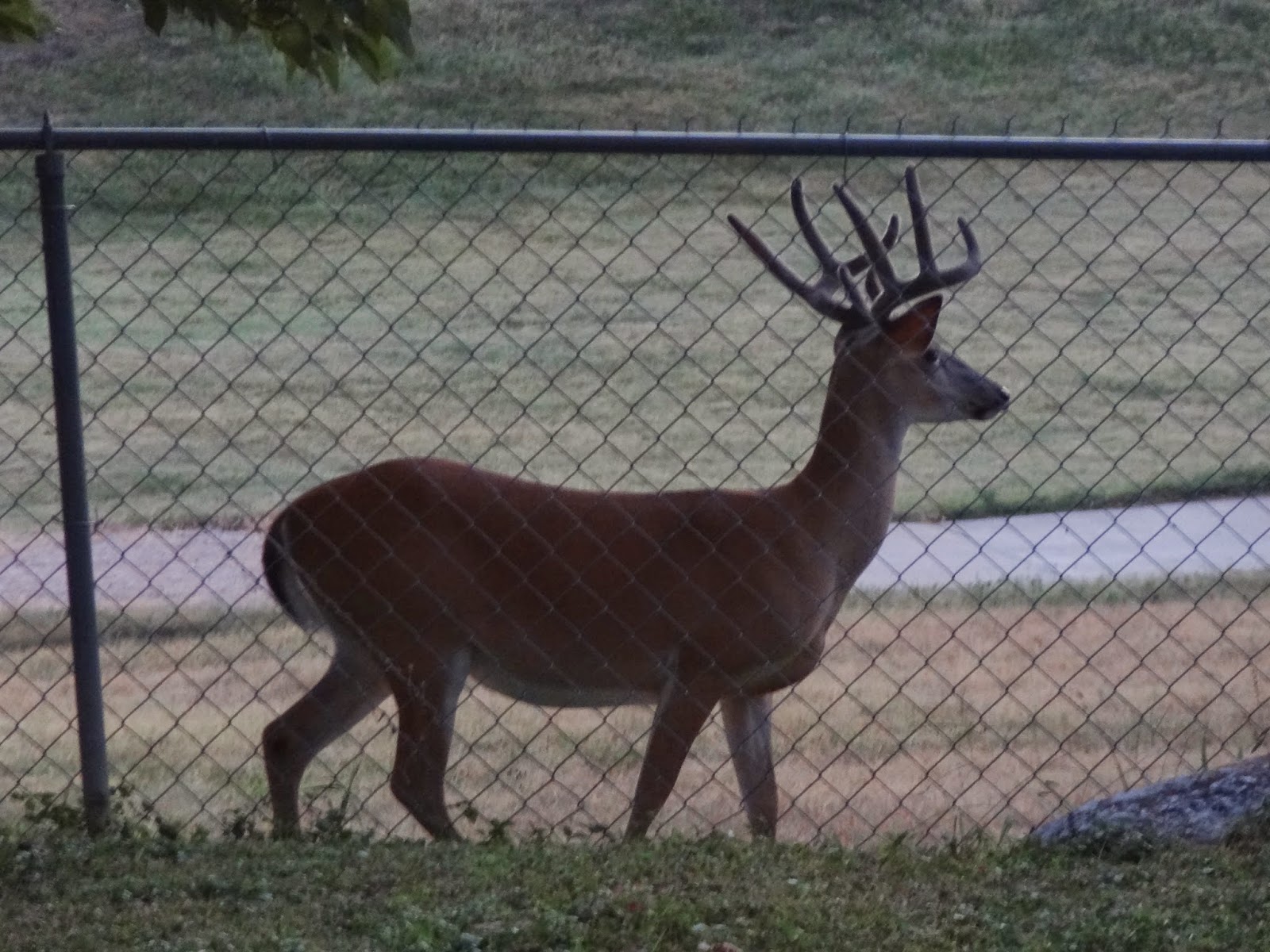 Awww, RATS! It is annoying enough when the squirrels get to your bird feeders, but rats?  That's just a low blow.  We've had some rat problems since last fall.  The last mischief of rats made themselves right at home in our garage and started to stink up the place quick.  We tried to go poison-free... using traps and peanut butter, but the rats soon wised up to that tactic, so we eventually opted for the poison.  It did the job quick, and thankfully the dogs didn't get into any poison in the process.  This summer they've shown up again, hanging out in the wood piles and munching on the bird food I put out.  I've been limiting the food I put out for the birds, mainly to discourage the rats, but it doesn't seem to be working.  Killer Atticus hasn't killed any rats recently either, so he isn't helping our problem (though he has caught some before).  Looks like it may be time to put out an owl box. 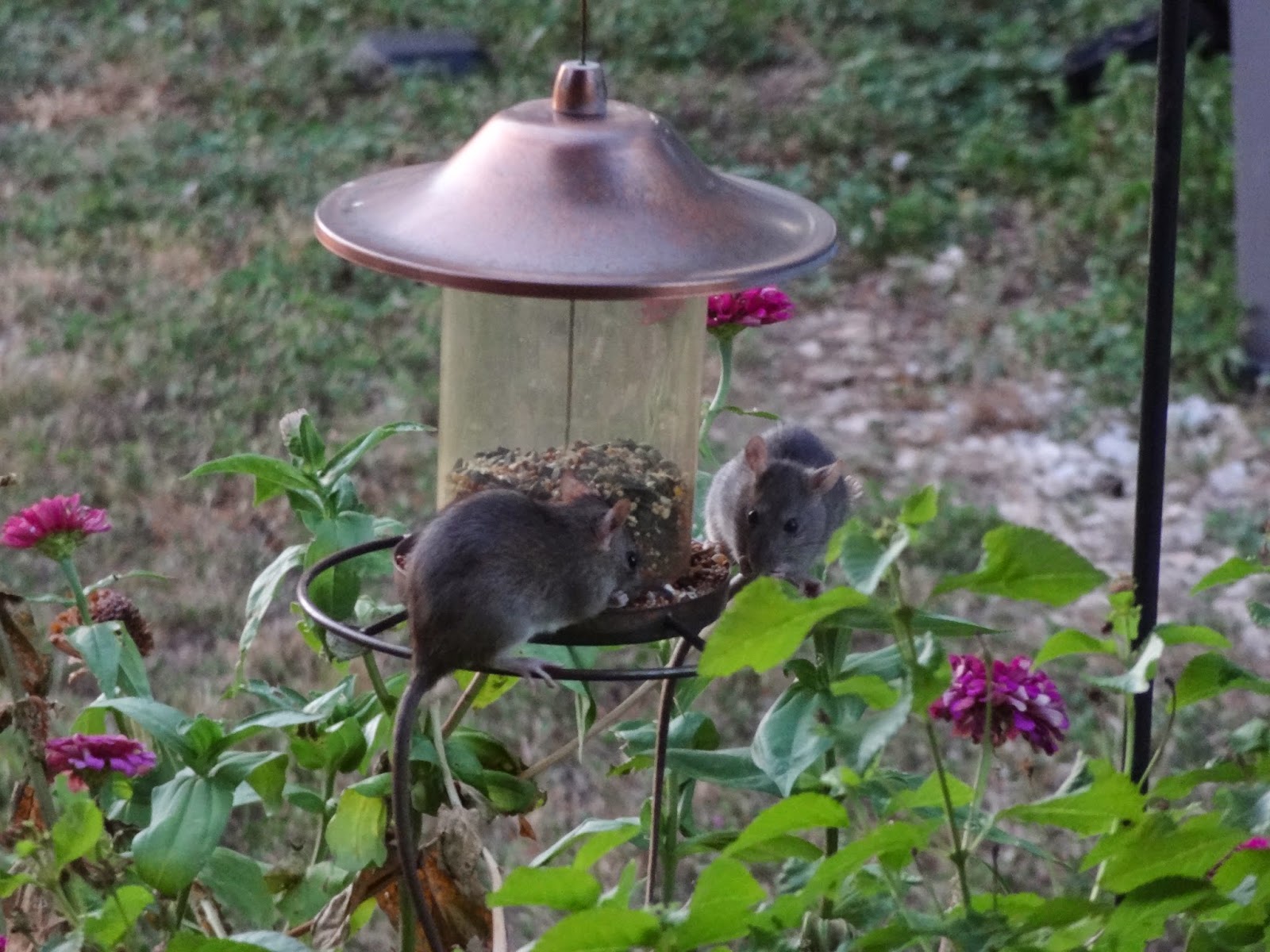 The other day, while I was clearing out the veggie beds, I stumbled across this little guy.  Actually, he wasn't very little.  He was a pretty big toad.  At first, I was afraid that I accidentally stepped on him and squished him. 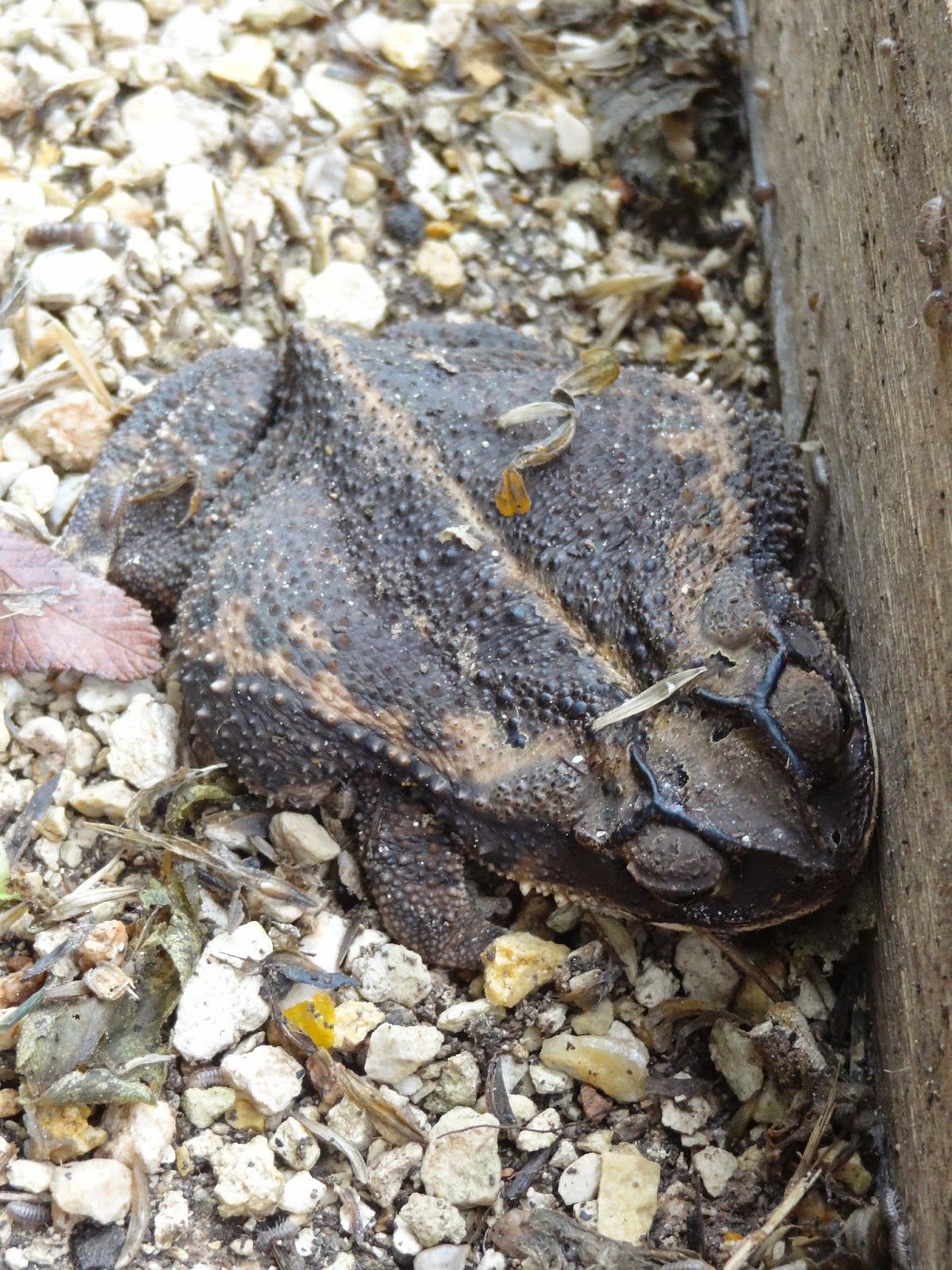 Thankfully, he was just playing dead.  I was afraid the dogs might get to him, but I think he hopped away before they made him their next toy. 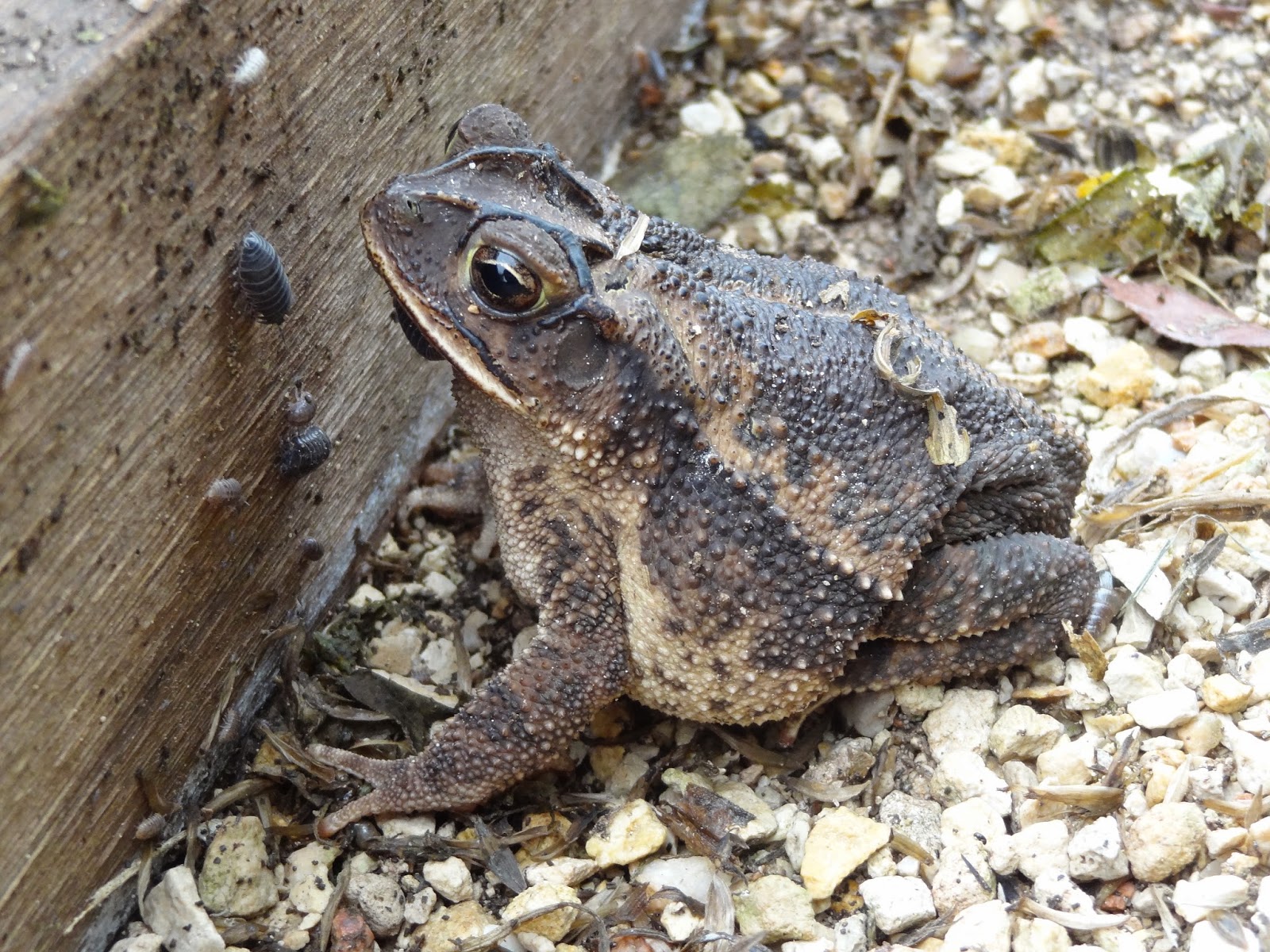 I couldn't find what this bug is.  It kind of looks like a wasp, fly, dragonfly and moth all rolled into one.  He's been hanging around the garden for a bit this summer, staying very close to this place by the deck, so he must have a nest of some kind close by. 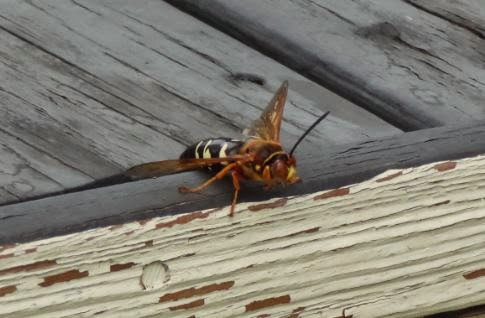 And the grossest of all the wildlife this month - maggots.  I opened the composter a couple weeks ago and saw thousands of maggots.  I haven't been turning the compost very frequently recently, so I think this is part of the reason why these creepy critters appeared.  I should probably turn my composter more often, and add some dryer products to the mix.  On the bright side, they helped the compost decompose that much faster! 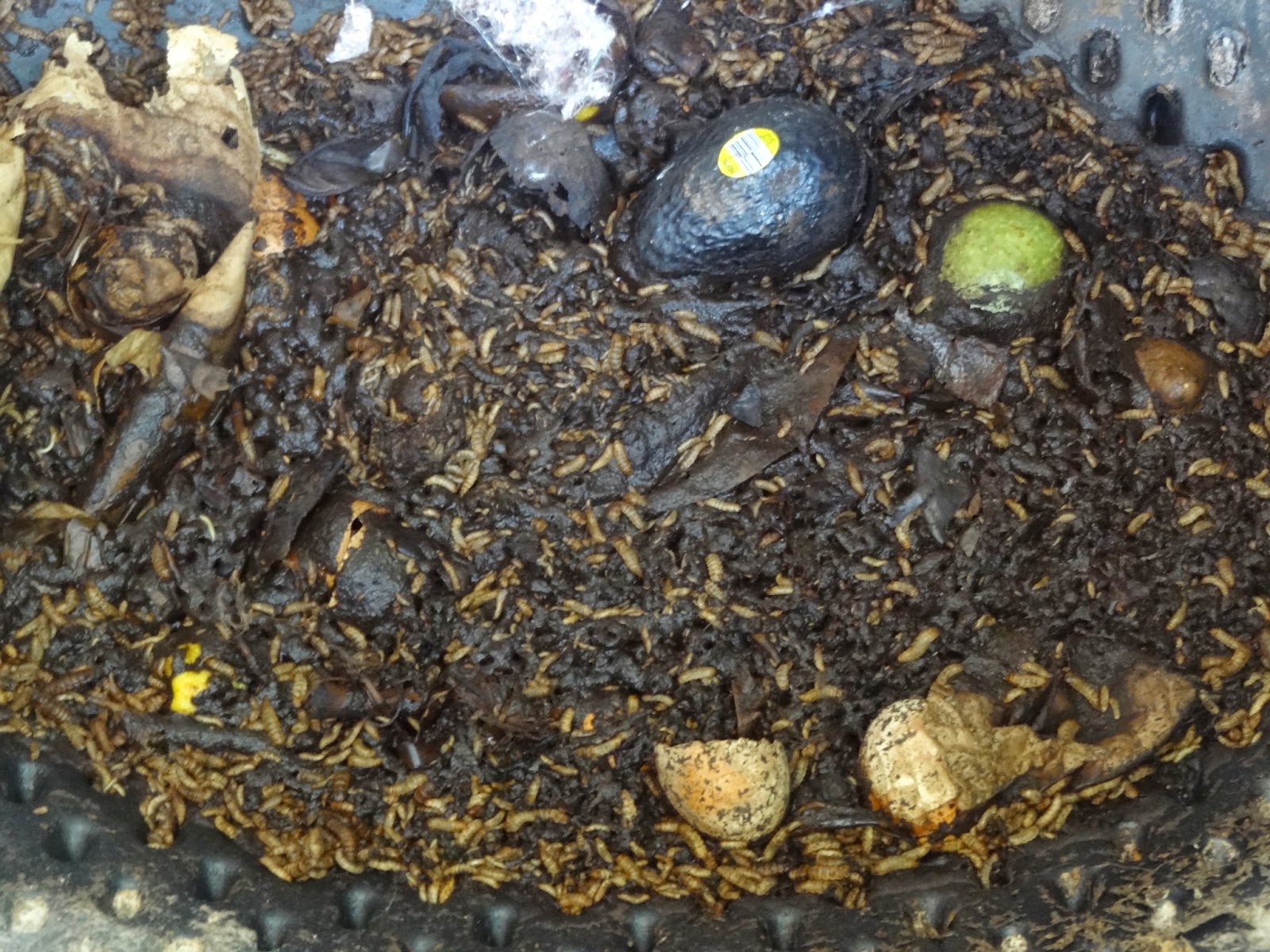 Last month, I had a business trip to Kuala Lumpur, Malaysia for a week.  I wasn't there long, but one afternoon, my colleagues and I headed out to the Batu Caves (Hindu Shrine).  The stairs up to the caves were filled with macaque monkeys who patiently waited to steel an ice cream cone or bottle of water from an unsuspecting tourist. 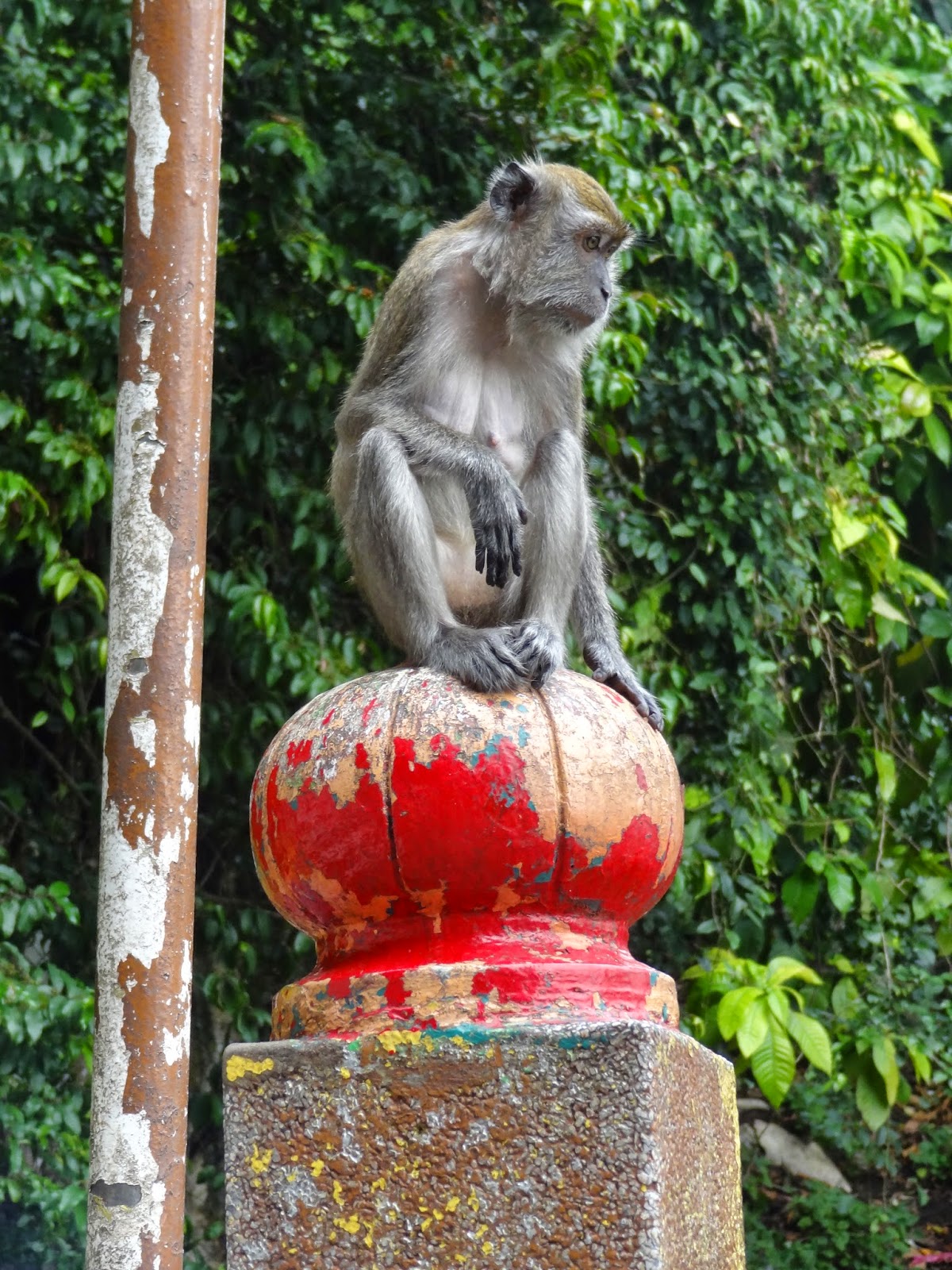 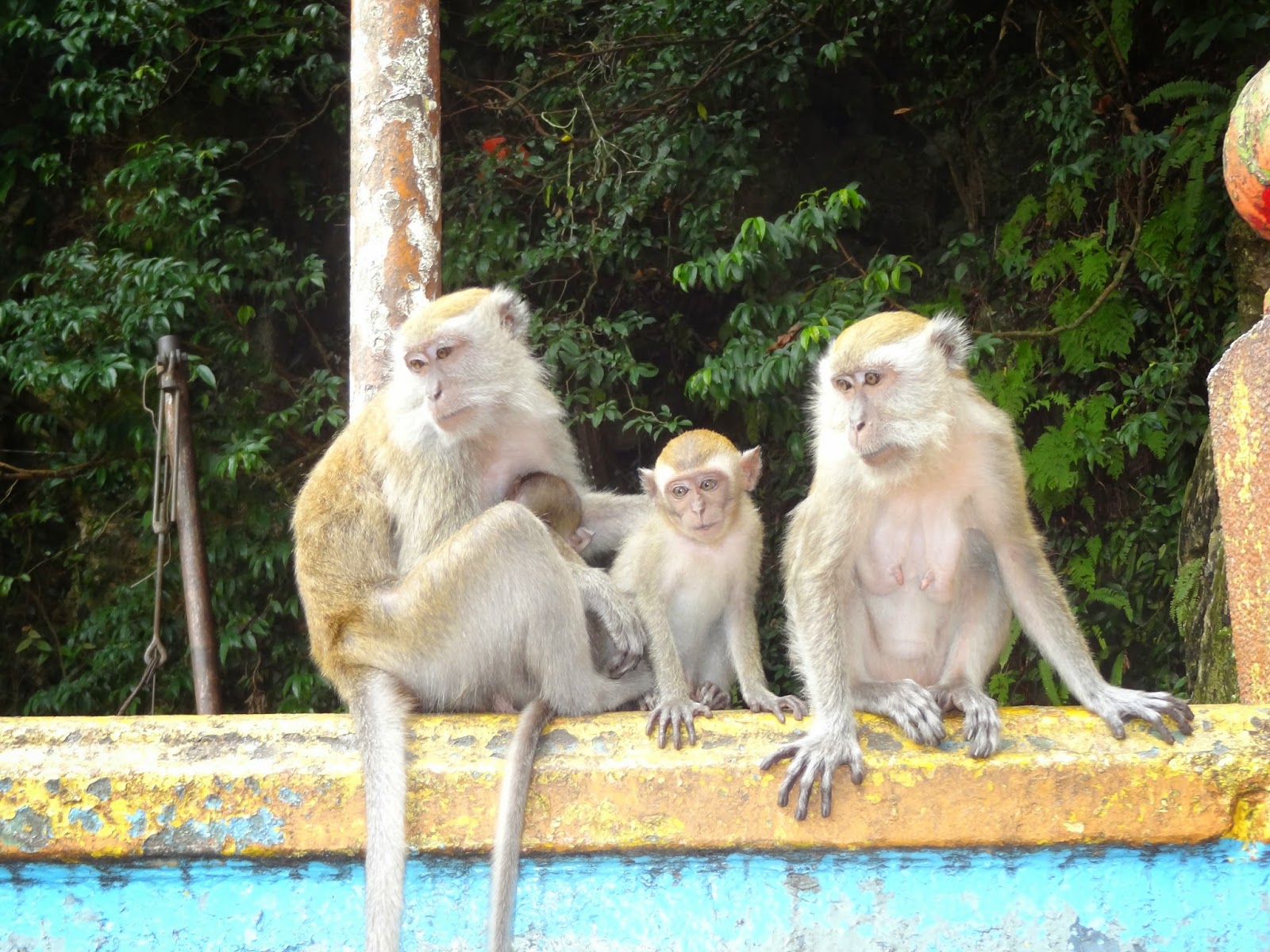 Cocks hanging outside the caves. 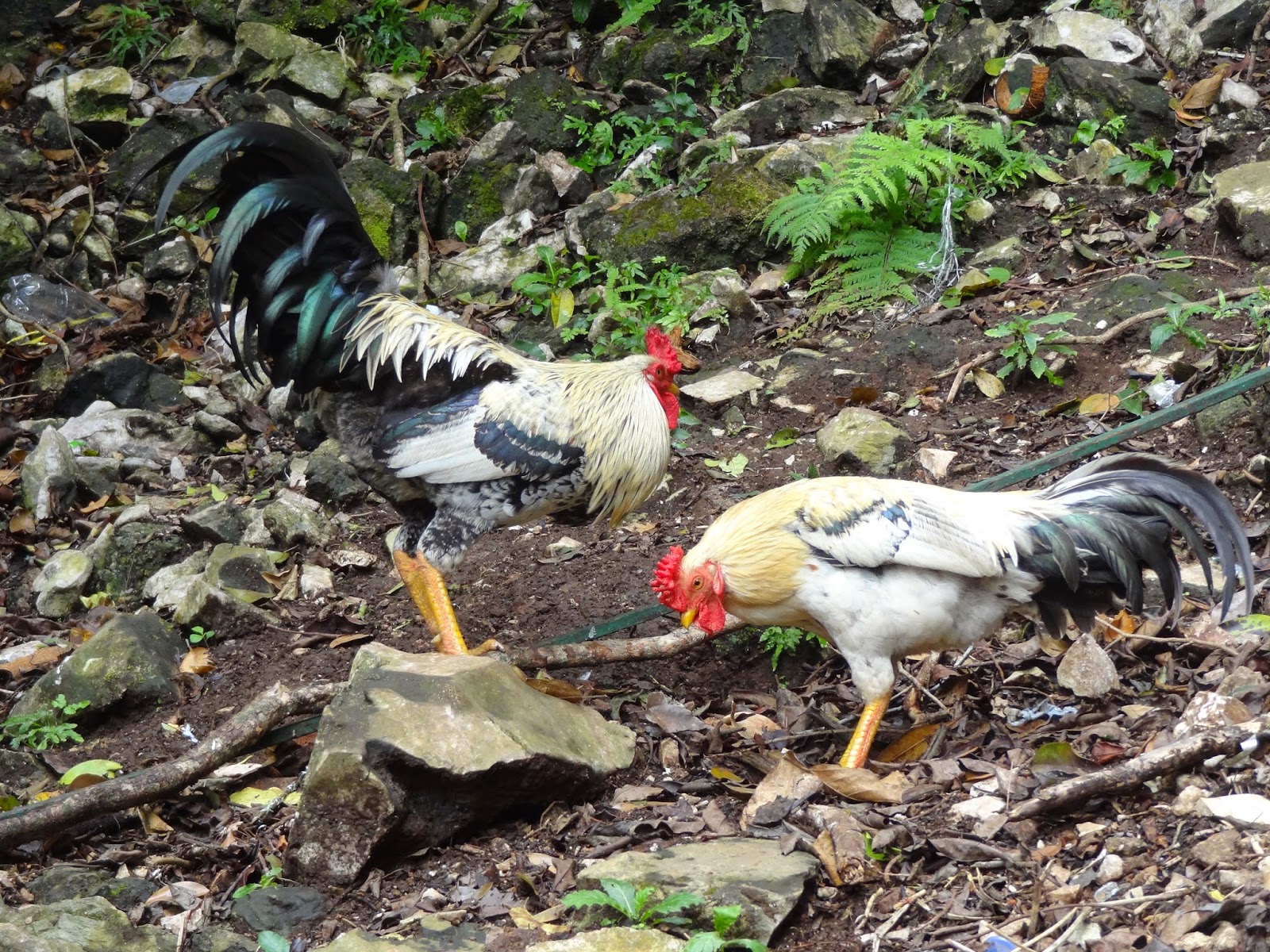 A venture deep into the cave lead to some very creepy critters... like spiders. 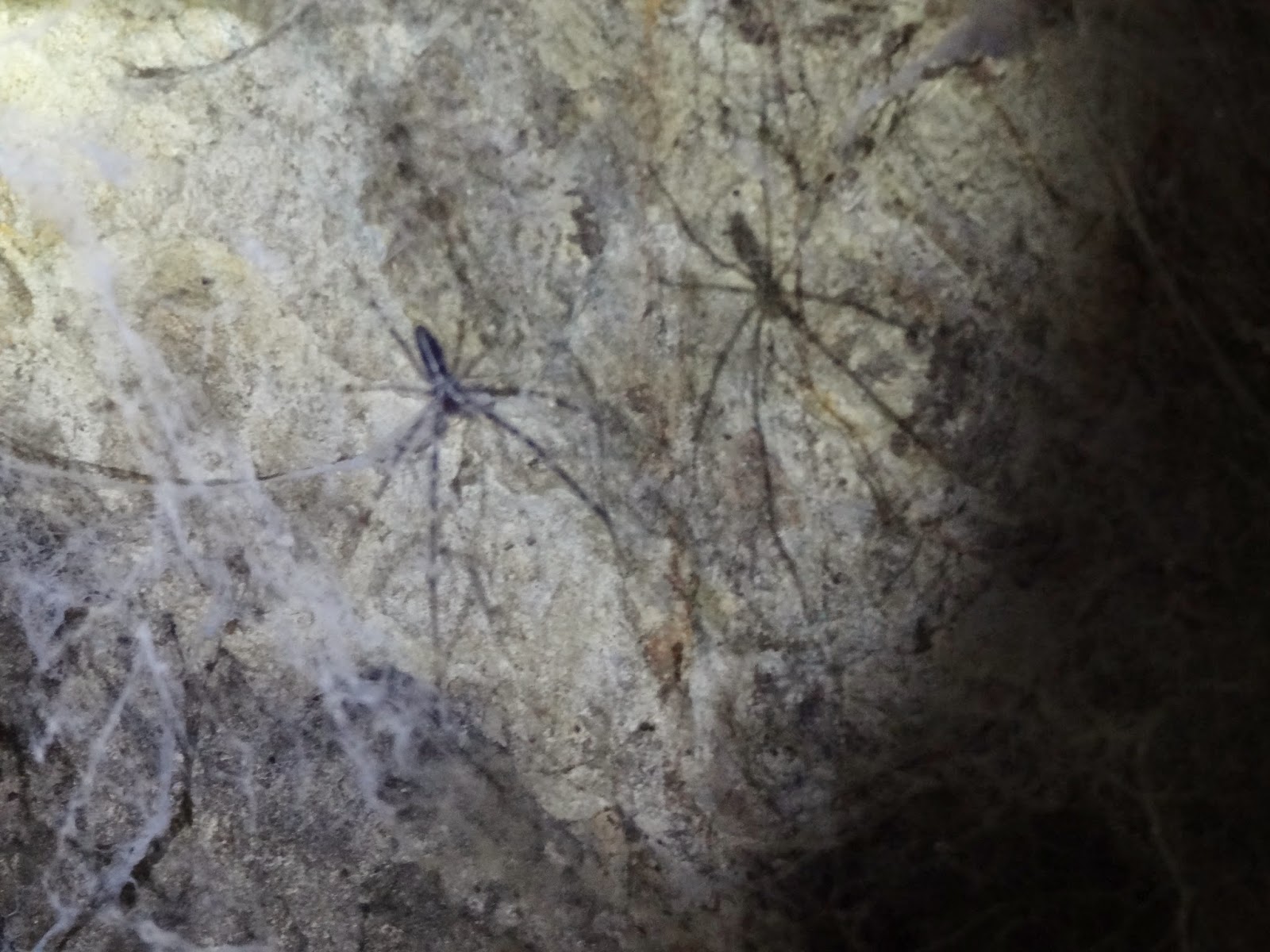 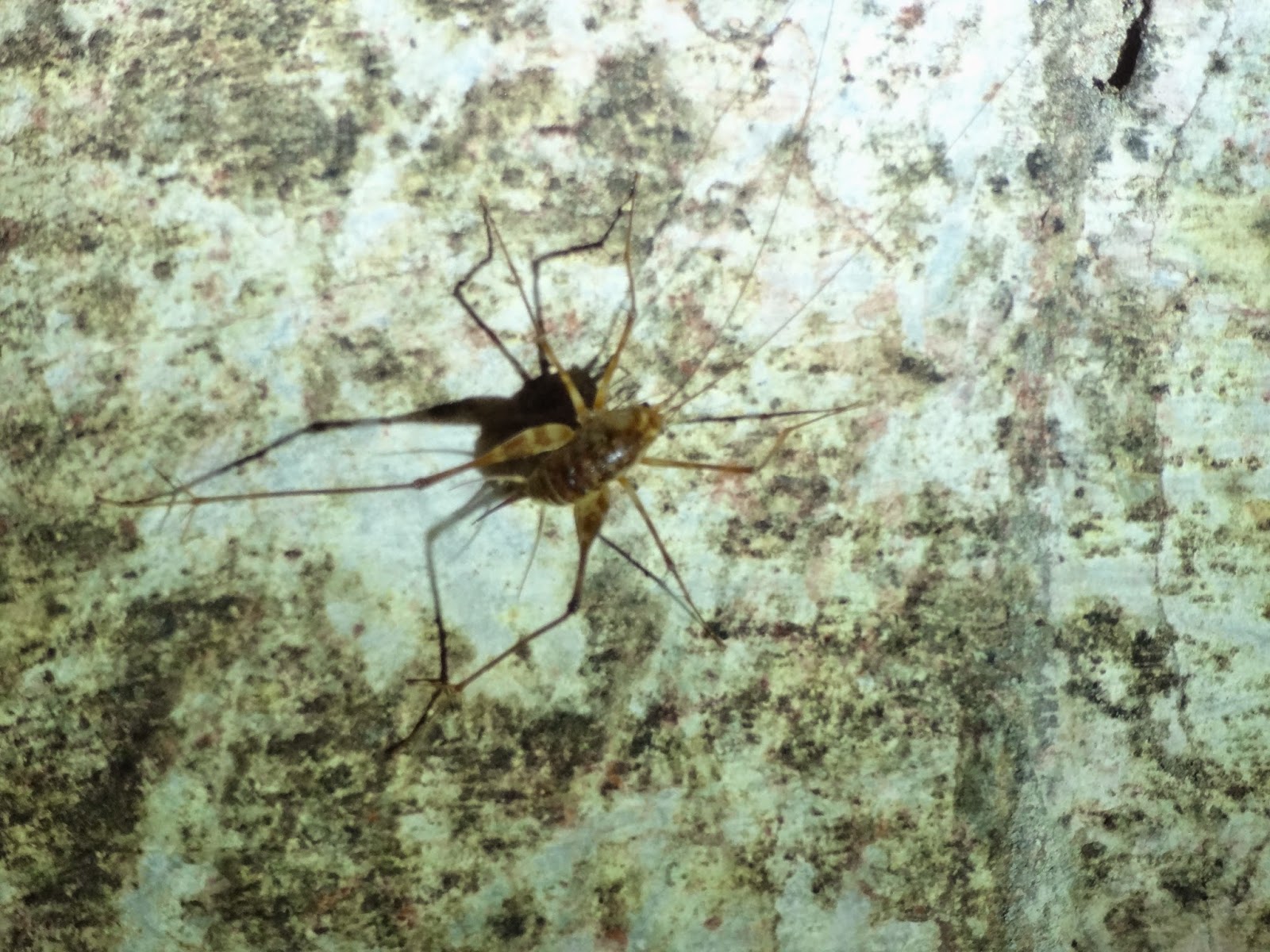 And another critter that rivals the maggots for grossest creature this month - centipede.  Yuck. 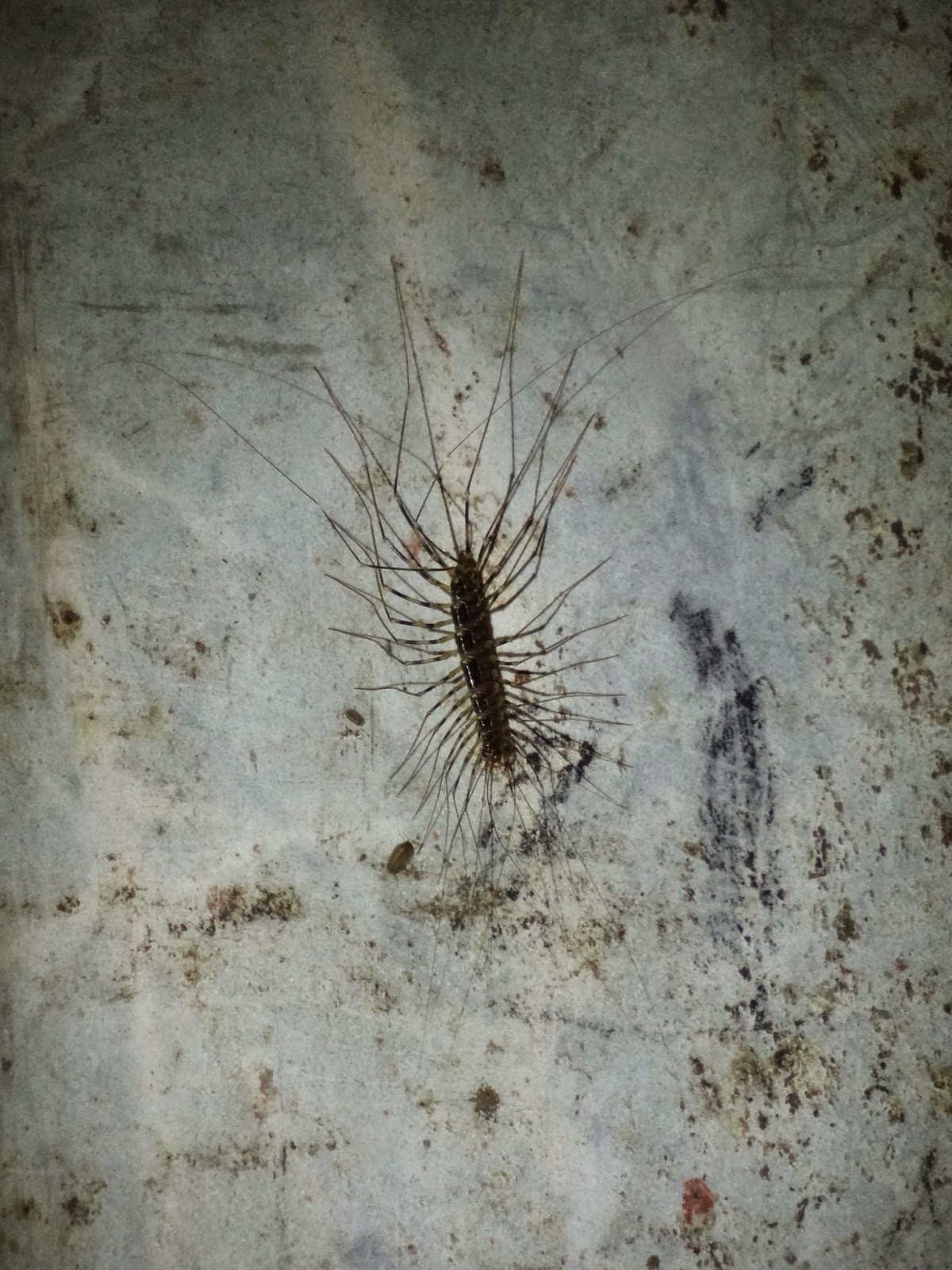